The Earth is tilted on its Axis

However, it is not a simple subject

A little more explanation is necessary here. In Bodø, for example, the midnight sun lasts for no less than five weeks. However, the sun is above the horizon for 50 minutes during the winter solstice. This is because the light from the sun is bent as it passes through the atmosphere, a process known as atmospheric refraction. When the sun’s rays reach the atmosphere, they are bent and become visible across a larger area. This is the same phenomenon that you can see when you look at an object through a glass of water; the object appears to be in a slightly different position and appears larger when viewed through the water. Because of this phenomenon, we keep the midnight sun for longer and have a shorter twilight period north of the Arctic Circle. Areas south of the Arctic Circle, up to around 50 km (30 miles) further south, can also see the midnight sun for a brief period during the summer, while areas north of the Arctic Circle, like Bodø, actually avoid the twilight period altogether. Very little is absolute in this field.

The Arctic Circle isn’t constant, it wanders over time

There is also another interesting phenomenon, namely that the Earth’s tilt is not constant. The Earth inclines up to 24.5 degrees, while the minimum tilt is 22.1 degrees. This means that the Arctic Circle wanders between Brønnøysund in the south and Moskenes in the north. For example, the actual Arctic Circle is currently around one kilometre (0.6 miles) north of the Arctic Circle Centre on the E6, the main transport route through North Norway. However, this shift takes 41,000 years, so it isn’t really that important for us right now. The Arctic Circle is currently moving northwards at the rate of about 14 metres (46 feet) a year. 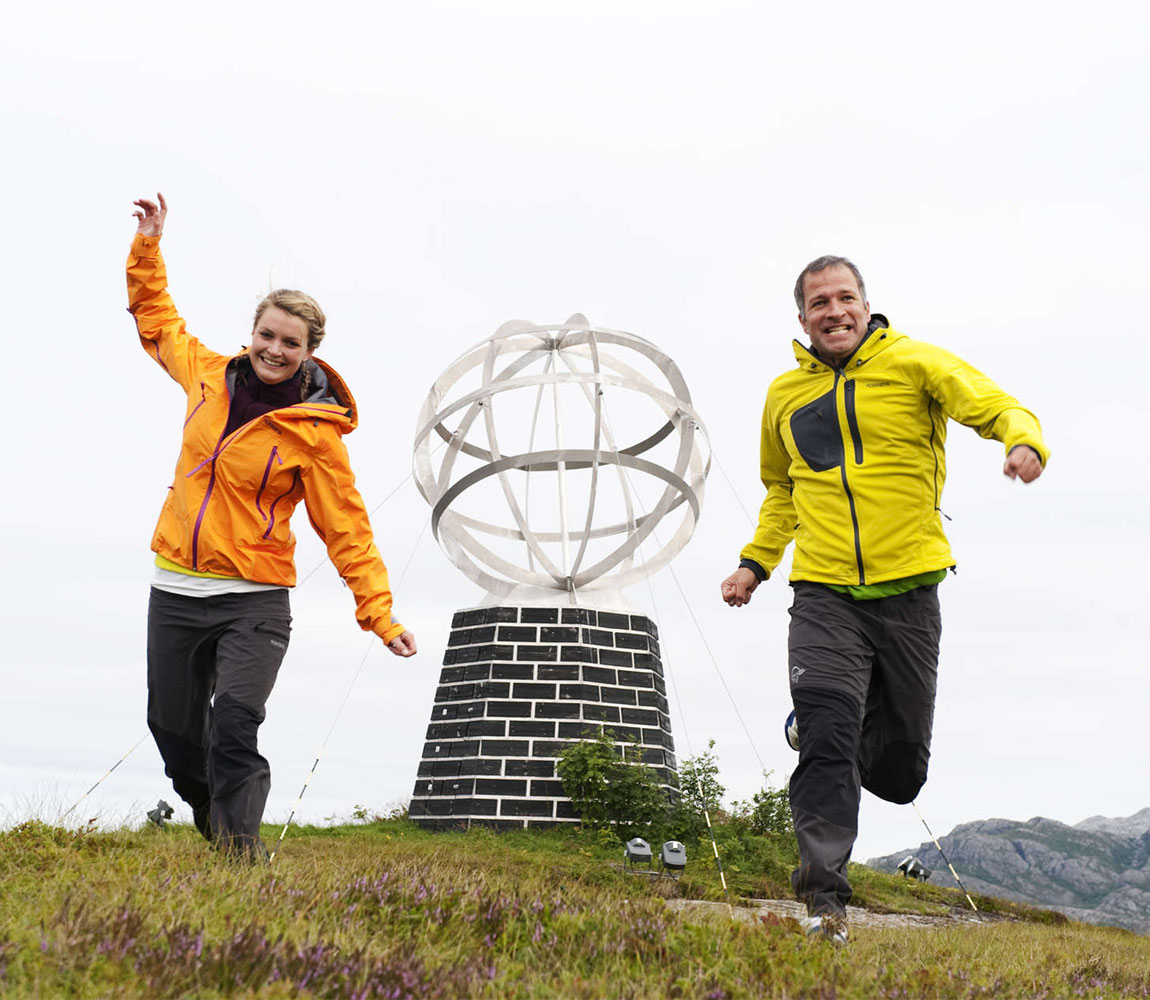 There are two different ways to cross the Arctic Circle

The Arctic Circle we can see on a map, which is marked in the landscape by small metal globes, follows an imaginary line along the mean value of the Earth’s tilt, i.e. 23 degrees 27′, and consequently on 66°33’42.5″. The best-known marker can be found 650 m (2130 ft) above sea level on Saltfjellet, the extensive mountain massif in the centre of the county of Nordland. There is a metal globe here which marks the Arctic Circle. In the centre next to this globe, you can get a certificate to prove that you have reached this far north. Another way of crossing the Arctic Circle is to sail past the small island of Vikingen in the municipality of Rødøy, either on a car ferry from Kilboghamn to Jektvik on the Coastal Route or on the Hurtigruten. Here, the globe stands isolated on a rocky promontory like a lighthouse, with beautiful views out to the archipelago of north Helgeland.

Fjords and Northern Lights: The adventure of a lifetime

Virgil found Northern Lights on a difficult night near Tromsø